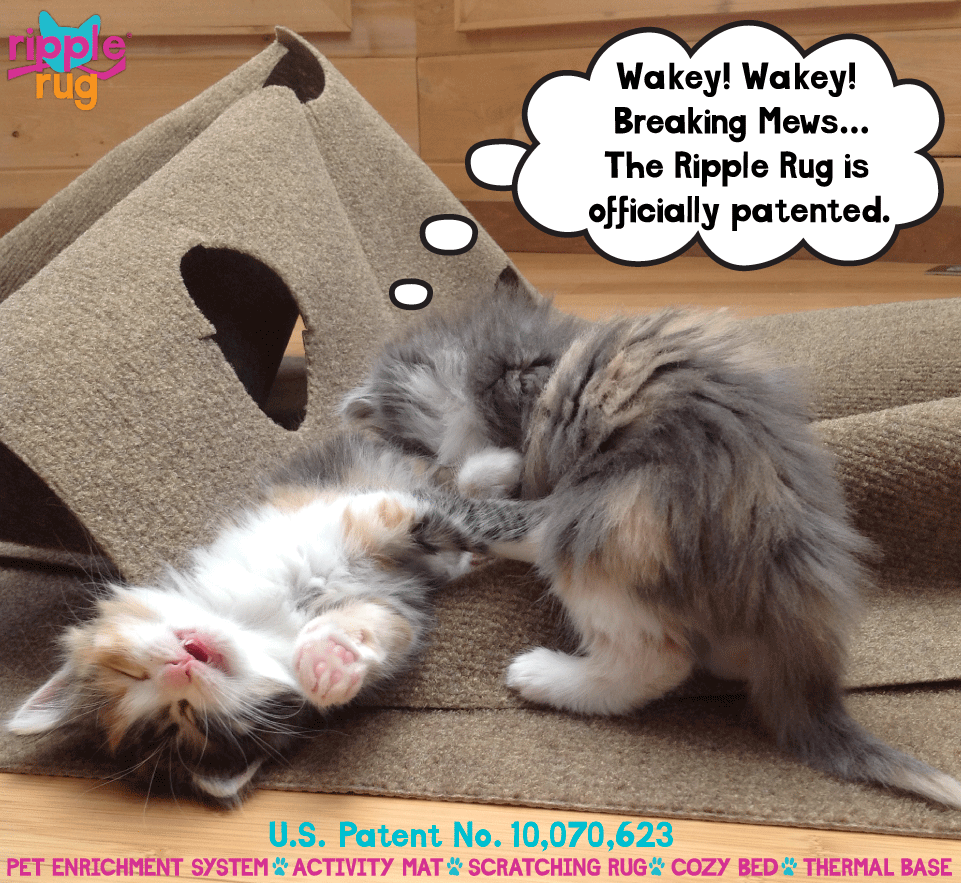 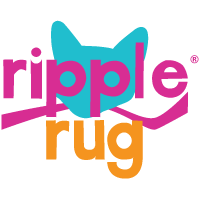 USPTO issues a patent for The Ripple Rug, a US-invention created by Fred and Natasha Ruckel – US Patent Number 10,070,623 on September 11th.

The Ruckels initially submitted a provisional patent with the USPTO in April 2015. By filing for a provisional patent soon after the idea for the Ripple Rug was born, the Ruckels were able to establish a starting point for the protection of their invention. It also allowed them to use the term ‘patent pending’ as a warning to potential infringers in their marketing and on their packaging. After extensive product evaluation and development of the Ripple Rug, the Ruckels filed a utility patent with the USPTO in March 2016.  It took just over twenty-nine months to obtain their Utility Patent.

“As small inventors, we have to fight copycats, knock-offs and infringers every day, in order to protect our intellectual property.” explains Natasha Ruckel. “Having a patent is an important tool in helping protect your invention, as well as opening up the potential for licensing opportunities. However, we can’t emphasize enough, the importance of registering copyright for all of your content used in web, packaging and all other marketing materials. You should also file your trademarks with the USPTO.”

“We’ve been fighting infringers for a while now.” adds Fred Ruckel. “It happens all the time. You invent a great product and shady characters decide to monetize on your invention, often using your wording, pictures, trademarks and in some instances even your product to sell their own knock-off!”

“While we are delighted to have been awarded a patent for our beloved Ripple Rug” reflects Fred Ruckel, “It coincides with the 17th anniversary of 9/11 which will always evoke emotions of sadness and tragedy.” As a first responder, who crawled into the wrecked underground mall of the World Trade Center seventeen years ago, Fred remembers the scene as he helped other responders search for survivors. “Being issued a patent after over two years hard of work, is a bittersweet moment. September 11th reminds me how the evil-minded seek to destroy the very principles of justice, democracy and freedom on which the United States of America was founded.”

In observance of September 11th, 2018 the Ruckels will donate a portion of proceeds for every Ripple Rug sold on that day, to the 9/11 memorial and museum, to help honor the victims, families, rescue and recovery workers impacted by the events of 9/11.

SnugglyCat Inc. was created by a cat named Yoda (and her human parents Fred Ruckel and Natasha Ruckel). SnugglyCat’s Ripple Rug is a versatile ‘Cat Activity Mat’ that cats love. The Ripple Rug carpet is made using recycled materials. To date SnugglyCat Inc has recycled over one million post-consumer plastic bottles.  Ripple Rug has been a #1 best-selling product on Amazon, as well as an Amazon Choice product, and has been featured on the Amazon Best-Seller list since Dec 2015.

Fred and Natasha Ruckel are entrepreneurs looking to share their experiences and help other inventors. As featured in Jul/Aug 2018 edition of Entrepreneur magazine

RippleRug® and SnugglyCat® are registered trademarks of SnugglyCat Inc.